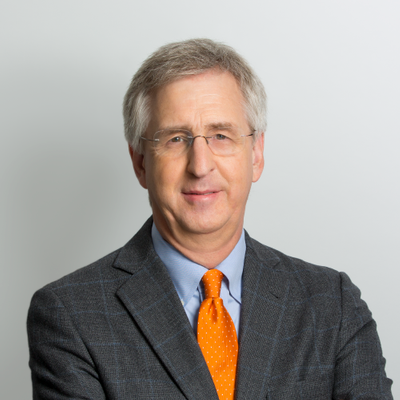 John Baker is one of the founding attorneys of Greene Espel. He has practiced law in Minnesota since 1988. After making a name for himself as an exceptional brief writer, he became an appellate advocate and trial attorney.

Other attorneys often request him to seek reversals for their clients on appeal or to protect the results obtained in the trial court. John has presented oral argument on appeal more than 30 times. While John has significant experience in private and public-sector matters, he is best known as an advocate, author, and speaker on constitutional law, land-use litigation, appellate practice, telecommunications law, and defamation. He routinely receives and accepts invitations to speak at annual state and national programs on topics related to one of these areas of focus.

John frequently assists attorneys to prepare for high-stakes appellate arguments. As part of that work he has served as a justice in moot courts for attorneys from Georgia, Wisconsin, and Texas in matters before the United States Supreme Court, and has worked with more than one dozen attorneys in preparing for arguments to the Minnesota Supreme Court.

LAND USE AND ENVIRONMENTAL REVIEW

Attorneys Other Professionals
Back to top